Italy owns an important part of the artistic and natural World heritage and, with 54 assets on 1092 (and more than 40 new candidates), is home of the highest number of UNESCO World Heritage Site in a single country worldwide.

The Tuscan territory hosts eight of the 54 Italian wonders, and they definitely worth a visit during your tour Tuscan holidays. Follow us in this special itinerary across the UNESCO Sites in Tuscany and let yourself be amazed.

Our itinerary starts in the wonderful Renaissance cradle, the first Unesco site in Tuscany by time. Full of charm, the Historic Center of Florence has been listed in 1982, and we do not wonder why.

In this open-air museum you will really feel to walk through History while you wander between some of the most important monuments and buildings of mankind, such as the Dome and its famous Brunelleschi Cupola, Santa Croce Basilica, the enchanting Ponte Vecchio, the Uffizi Museum and the David by Michelangelo.

We leave Florence for its surroundings to discover the beautiful “Medici Villas and Gardens”, two gardens and twelve elegant villas built between the 15th and the 17th centuries and owned by the Medici Family.

Listed in 2013 for their “decisive contribution to the birth of a new aesthetic and art of living”, the villas expressed the highest level of Renaissance and Baroque architecture in Tuscany and constituted a real microcosm around which the rituals of the Medici court took place.

Ancient and Primeval Beech Forests of the Carpathians and Other Regions of Europe: Sasso fratino

From the fine art of the Medici villas, our itinerary bring us to the uncontaminated forest of Sasso Fratino.

This hood, a stunning untouched beauty between Tuscany and Emilia-Romagna, is part of the “Ancient and Primeval Beech Forests of the Carpathians and Other Regions of Europe”, a transboundary property that stretches over 12 countries.

It is the last Unesco site in Tuscany added to the list (in 2017) and we are sure that, looking at this wonderful video, you will understand why they choose it:

Left behind the enchanting beech forests, we our itinerary continues into a completely different landscape: the unmistakable Val d’Orcia panorama.

Green hills, cypresses and olive trees, wheat fields and vineyards, farmhouse surrounded by the nature: this is the classic and most known image of Tuscany, worldwide beloved.

For its unique characteristics, Val D’Orcia has become a UNESCO Site in 2004, being “an exceptional reflection of the way the landscape was re-written in Renaissance times to reflect the ideals of good governance and to create an aesthetically pleasing pictures”. 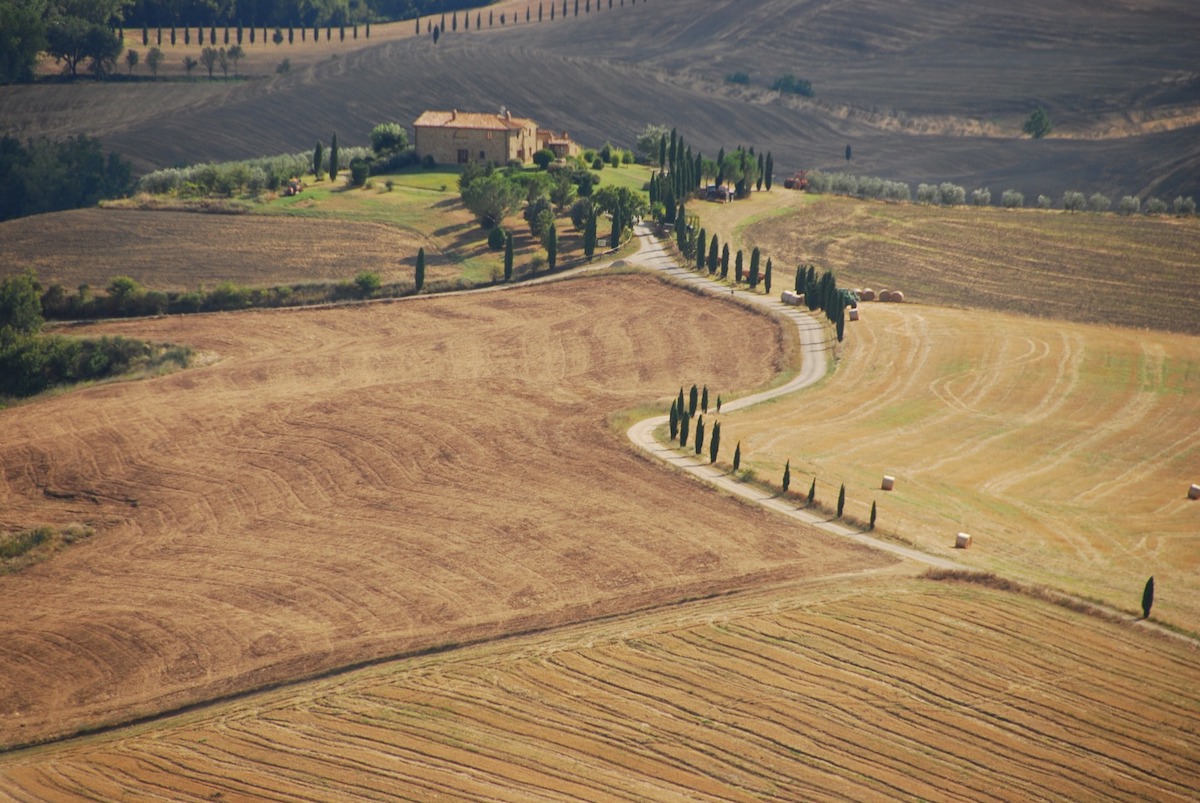 Historic Centre of the City of  Pienza

In the heart of Val d’Orcia we found Pienza, birthplace of Pope Pius II. The city has been completely rebuilt in 1459 at the behest of the Pontiff, who wanted to create “the ideal town of the Renaissance”.

The historic center, listed UNESCO Site in 1996, has been designed the architect Bernardo Rossellino, who applied the principles of his mentor, Leon Battista Alberti, to realize a brand new vision of urban spaces.

The city is also known for its amazing countryside and the delicious local cheese, the “pecorino di Pienza”.

From Pienza, just a few kilometers separate us from Siena. Guido Piovene said that “it’s the Italian city who remained more intact: it’s a city of MiddleAge” and we can not but confirm it.

The city of the Palio holds behind its alleys a unique charm who evokes echoes of the past, where traditions merge with a more contemporary soul.

Its historical center, built around the renowned Piazza del Campo, has been the fourth UNESCO Site in Tuscany, in 1995. 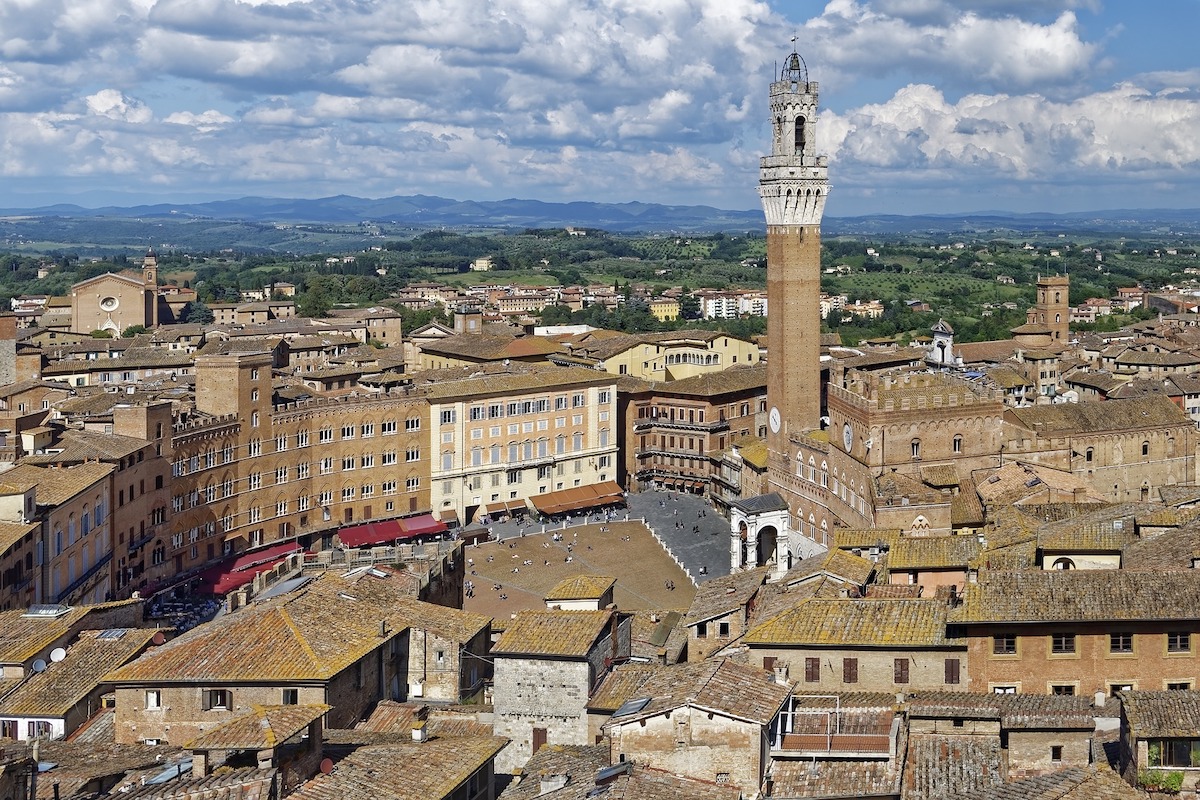 Thanks to its well-preserved XIII-XIV century towers that give it a unique skyline, the “Medieval Manhattan” has been listed as UNESCO World Heritage Site in 1990.
The “City of the beautiful towers” once hosted 72 towers, but not all survived to time: they were 25 in 1580 and only 14 last until today.

The oldest tower left is the Torre Rognosa, built around 1200 (also called Torre del Podestà or Torre dell’Orologio), while the tallest one is the Torre Grossa, with its 54 meters.
If you just have one day to visit this unique hamlet, don’t miss our special itinerary. 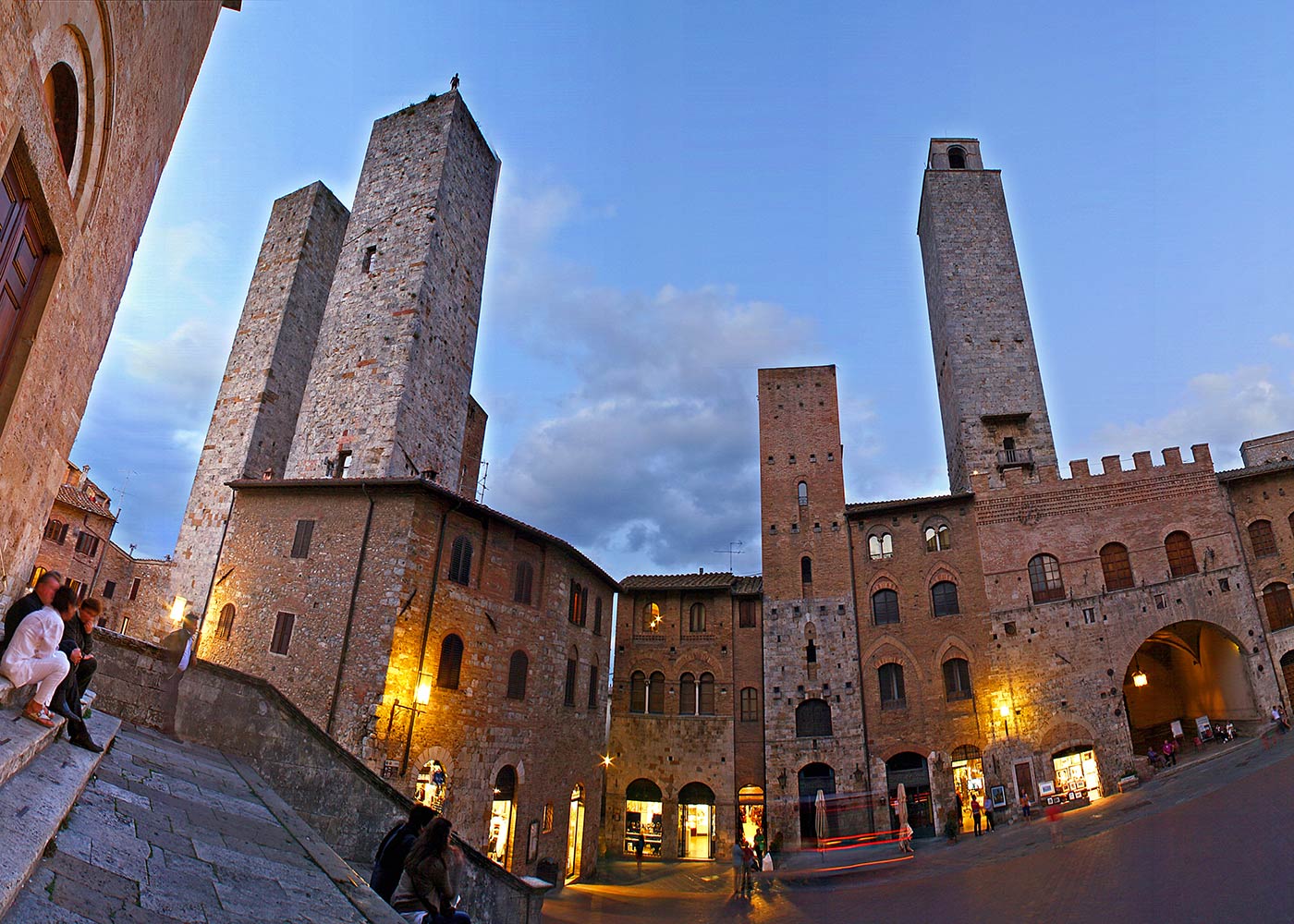 From San Gimignano we move to Pisa and its unique “Piazza dei Miracoli” (Square of Miracles), who joined Florence city center as Tuscan UNESCO World Heritage Site in 1987.

The square real name is “Piazza del Duomo” (Dome Square), but in 1910 poet Gabriele D’Annunzio defined “miracles” the four monuments who adorned the square (the Cathedral, the Baptistere, the Cemetery and the Bell Tower), for their beauty and originality and the name become more popular than the original one.

The Bell Tower, known as “Torre di Pisa”, is famous all over the World for its iconic slope and it has become one of the most renowned symbols of Italy. 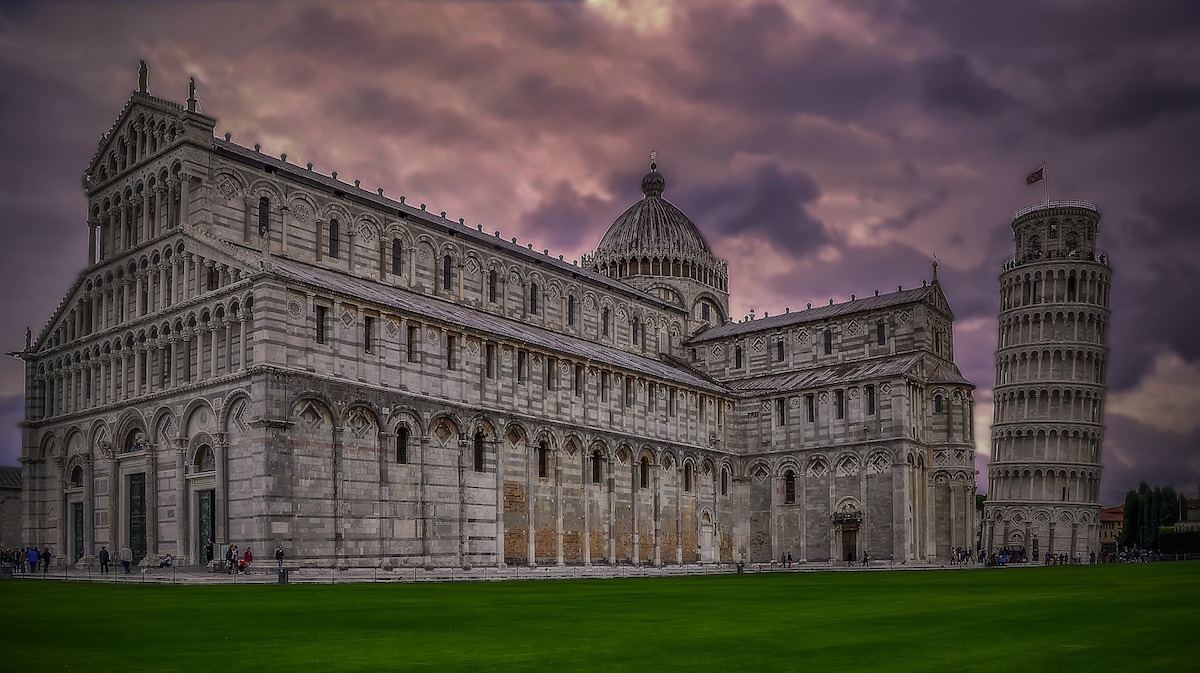 Little advice. If you are not in hurry, choose the longest way to Pisa: through the enchanting Tuscan countryside, it will lead you to the leaning tower passing by Volterra, a walled hilltop town date by the 8th century BC who hosts important remains of the Etruscan, Roman and Medieval eras.

San Gimignano in one day: what to see in this Unesco site 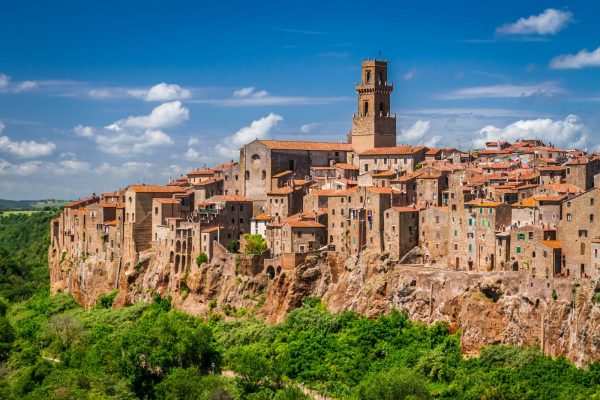 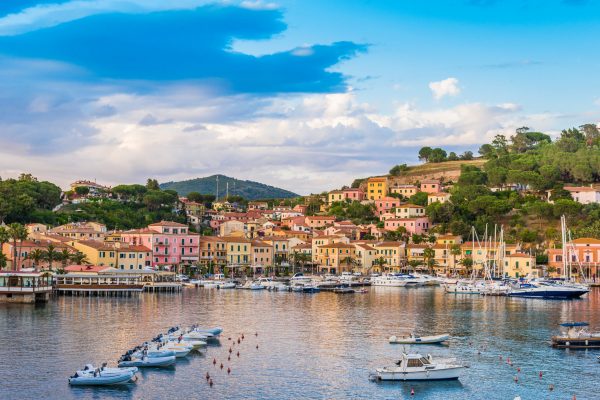