Just 10km from the Tuscan coast, the Island of Elba holds real natural and cultural treasures, which cannot be missed if you are visiting Tuscany.

In this article, we propose a weekend itinerary starting from the discovery of the history of the island up to immerse ourselves in its natural beauties, but first some information on how to reach it.

How to get to the Island of Elba

To reach the Island of Elba you have to take the ferry from Piombino Marittima, a town in the province of Livorno that is easily accessible by car, train or bus.

The main companies with which you can travel the Piombino Marittima – Portoferraio route are 4: Corsica-Sardinia Ferries, Moby Lines, Toremar e Blu Navy, which make numerous trips a day, especially in the high season, and which will make you arrive at your destination in about an hour and a half. 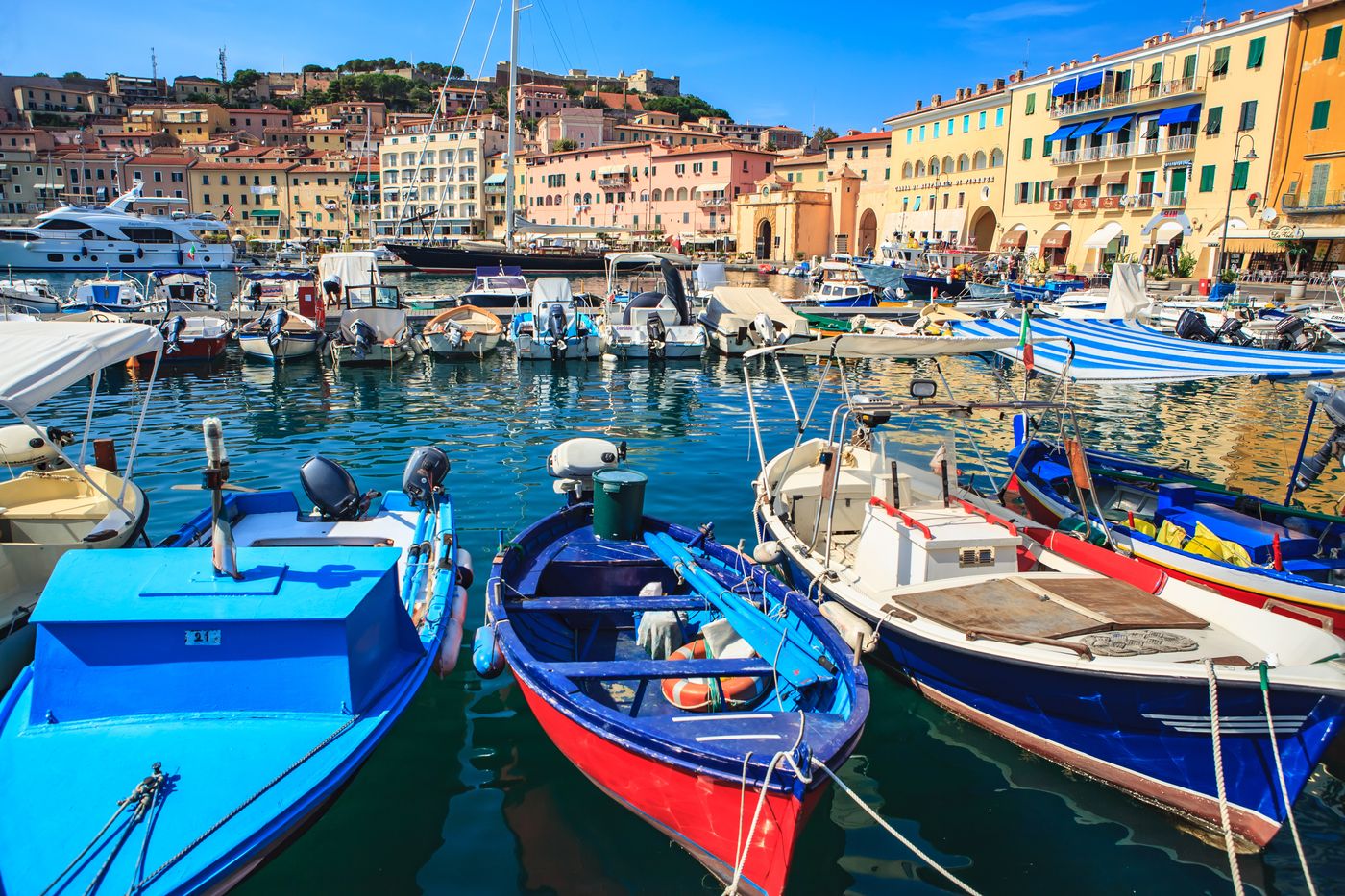 If, on the other hand, you want to arrive on the island without going through the ferry, you can take a plane from the main European cities, landing directly at the Elban airport of Marina di Campo.

1st day on the Island of Elba: history, culture and typical dishes

We dedicate the first day to discovering the history of the island, starting right from the docking town, Portoferraio.
How? Visiting the Civic Archaeological Museum, located inside the ancient salt warehouses of the Linguella Fortress, which houses Etruscan and Roman finds dating from the 7th century B.C. up to the fifth century. AD, testifying to the important role played by the island in maritime trade.

After having deepened its history, it is time to visit the historic center, characterized by the particular pink color due to the limestone slabs used for its flooring. Here you will find a lively and characteristic center, made up of colorful buildings, small shops, fish restaurants and many small alleys that hide treasures.

Around the dock of Portoferraio, you can then admire the ancient Medici fortifications that offer breathtaking views, and the walls that protect the town.

Strolling through the city, go and take a look at the remains of the Roman villas of the Linguine and the Grotte, to enjoy the splendid view and learn about their history, and don’t forget to visit the residences of Napoleon (Villa dei Mulini and Villa di San Martino) where the emperor lived during his 10 months of exile on the island.

In the evening, stop to eat typical good food in one of the restaurants in Portoferraio (we recommend the restaurant “Da Gianni”) and then relax while walking along the beaches. The most beautiful? La Bidola and Le Ghiaie.

2nd day on the Island of Elba: trekking, sunbathing and nightlife

The second day will be a joy for trekking lovers.
Marciana, the second stage of our itinerary, in fact, is located within the Tuscan Archipelago National Park, within which you can find trails for all tastes, from beginners to the more experienced.
What’s the goal? Reach the summit of Monte Capanne, from which you can admire all the islands of the archipelago, up to Corsica.

Once the excursion is over, have lunch in a typical tavern (“Osteria del Noce” is always a good idea) and after lunch decide whether to discover the historic center of Marciana Marina or relax under the sun of the beautiful beaches of Bagno, Redinoce, and Schioppo.
In the evening, instead, have dinner in the historic center or in Marciano Marina (if you want to eat some good fish for dinner, try “Ristorante Sale Grosso” in Marciana Marina) and then move to Marina di Campo, 20 minutes by car from Marciana Marina, one of the most popular places for young people for its nightlife.

3rd day on the Island of Elba: sea, sun, and relaxation 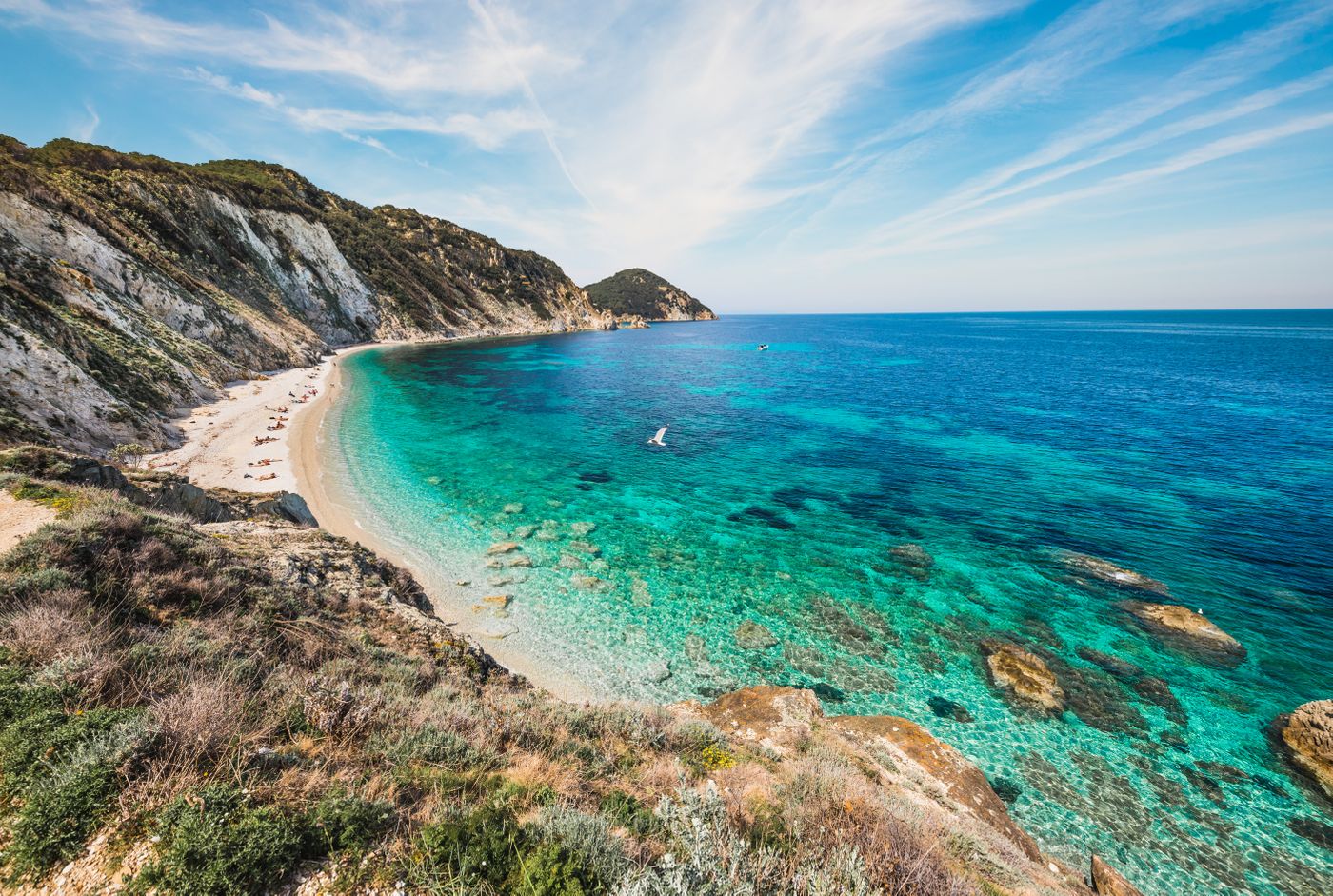 Our weekend itinerary on the Island of Elba ends this way, leaving us with the memory of so much good food, places as rich in history as they are fascinating and some of the most beautiful beaches in the world, all enclosed in just 224 km² of land off the Tuscany’s coast. 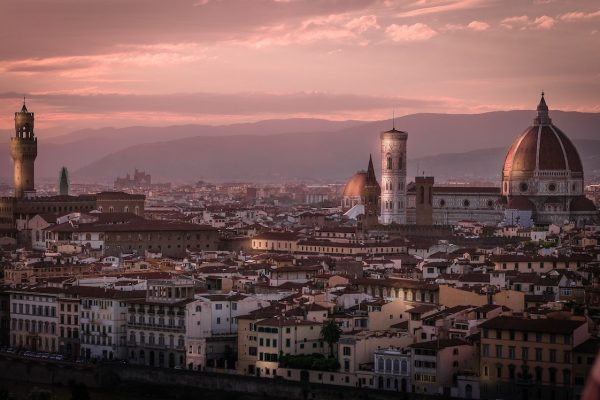 Florentine steak in Tuscany: the 10 best trattorias where to eat it