Dine with the stars: a guide to Michelin starred restaurants in Florence

Dine with the stars: a guide to Michelin starred restaurants in Florence

One of the most charming cities of the World, an open-air museum, a perfect getaway destination in Tuscany. Florence is all this, and much more. Today, we want to explore its tastier side, with a guide to Florence’s Michelin star restaurants.

Just a few steps away from Santa Maria del Fiore, right in the heart of the city, Enoteca Pinchiorri welcome its guests in Palazzo Jacometti-Ciofi, a refined eighteenth century building.
The restaurant founded and run by Giorgio Pinchiorri and his french wife Annie Féolde received its first Michelin star in 1982 and now it is the only restaurant awarded with three stars, achieved in 2004 and never abandoned since.

In the kitchen Annie Féolde works side by side with the chef Riccardo Monco to give life to a refined and elegant menu, accompanied by a selection of some of the most prestigious wines of the World, to whom the restaurants owes the name “Enoteca”.
At the table of Enoteca Pinchiorri has been seated politicians and royalties, like the Queen of Holland, the whole Bush family and the Japanese Prime Minister Yasuhiro Nakasone, designer such as Valentino and Armani and, of course, the crème de la crème of Florence, like the journalist Oriana Fallaci. 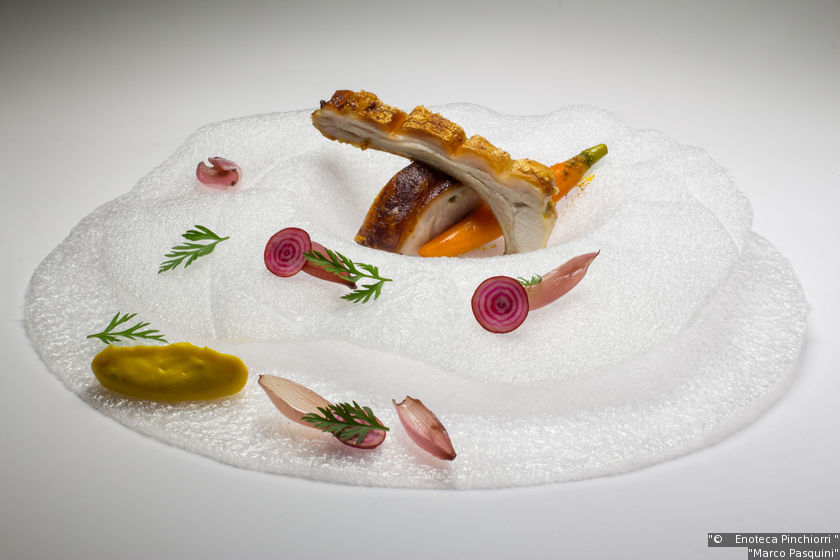 Behind the stove of the restaurant hosted by Ferragamo’s family hotel there’s a young chef who did part of its training right in the kitchen of Madame Féolde: Claudio Mengoni.
Overlooking the Arno River, this restaurant who has been awarded by the Michelin Guide firstly in 2016, offers not only an extraordinary gastronomic experience where the flavours of Tuscan and Italian kitchen are revisited with a fine international taste, but also a stunning view on Ponte Vecchio Bridge.

A luxury yet not too formal location close to Porta San Niccolò, where a modern cuisine based on the philosophy “from the ground to the plate” enhance the genuine taste of own-produced vegetables cultivated in the garden of Borgo Santo Pietro, a luxury resort near Siena.

Our farmer carrying vegetables from our culinary gardens to our vegetable van that runs everyday from Borgo Santo Pietro to La Bottega. You can't get any fresher than that! 👨‍🌾 #BorgoSantoPietro #pickyourown #culinarygarden #organicingredients #farmlife #ourfarm #borgosantopietro #borgosantopietroliving #beyondtherush #meomodo

In addition to the tasting menu at dinner, you can choose a four-course meal at lunch, of course accompanied by the perfect matching wine, which won’t be hard to find, no matter what you eat: the wine list counts more than 1.000 labels from the most prestigious wineries. For a very special occasion, you can reserve the privée, a private space where up to eight people can live a truly unforgettable culinary experience while seated surrounded by wine bottles. 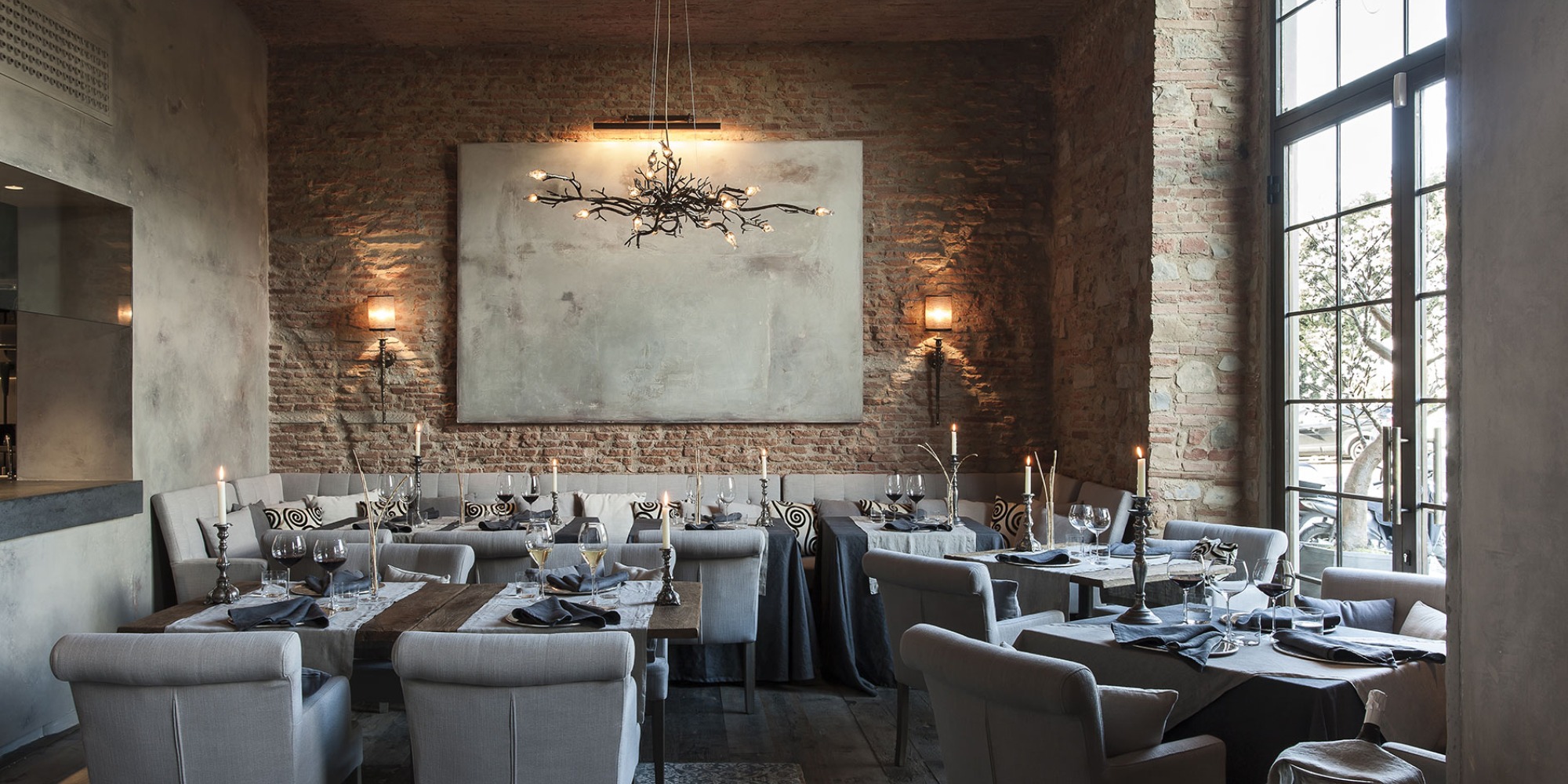 In the stunning frame of the museum complex of Villa Baldini, in what was the stable of the ancient residence, a refined and elegant location hosts the creative and genuine cuisine of Filippo Saporito and Ombretta Giovannini, defined by Michelin’s critics «a real multi-sensory experience» and dominated by the choice of the best ingredient and a minutious attention to details.

A post shared by La Leggenda Dei Frati Official (@laleggendadeifratiofficial) on Aug 22, 2019 at 3:43am PDT

This Michelin starred restaurant not far from Ponte Vecchio owes its name to the history of the three friars which, after cooking and eating a meal prepared with the best ingredients of their territory, couldn’t stop singing and dancing for days. Legend says that, every 11th of July, in the Abbay of Abbadia Isola you can still hear them celebrating, inebriated by the from the fruits of their land: herbs, oil, bread and wine.

The restaurant – awarded with the Michelin star in 2011 – owes its name not only to the close ancient prison of Le Murate, but also to the intent that aim the staff: to offer to their guests a relaxing and enjoyable break, a truly rec time from the routine. 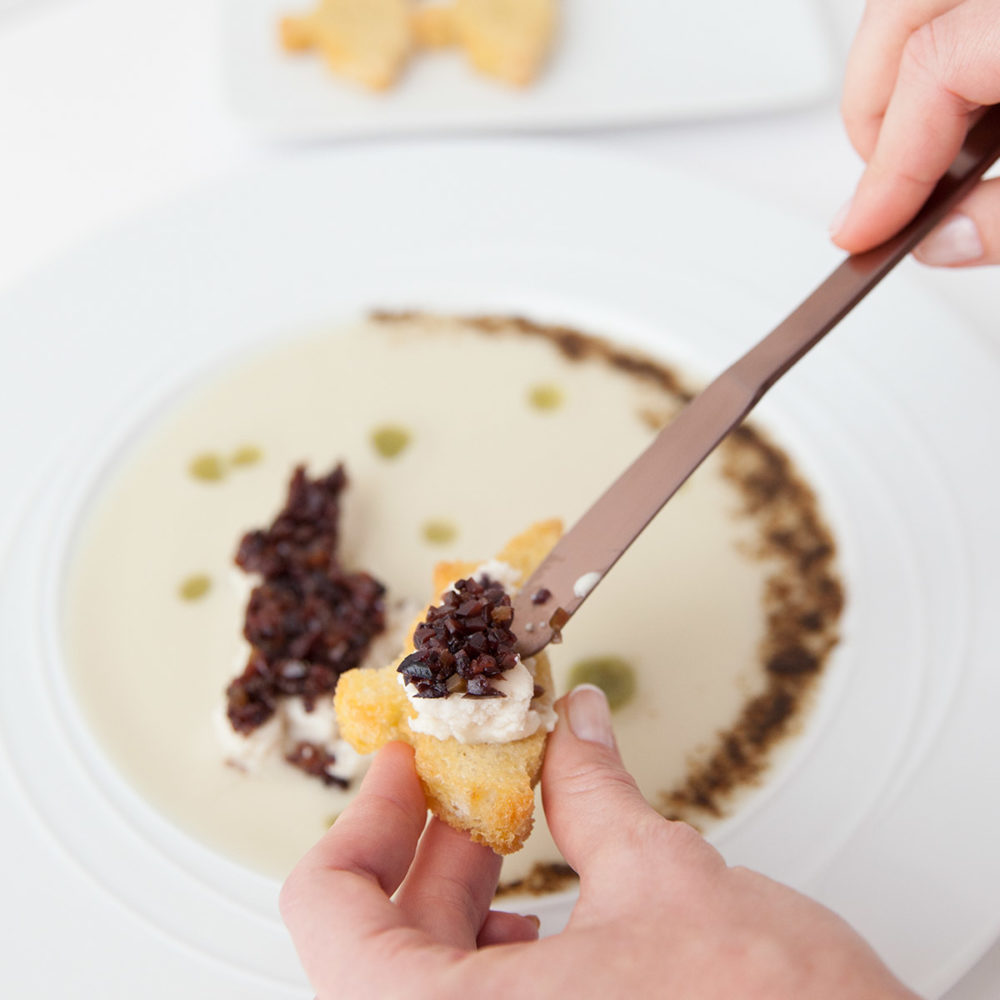 A refined luxury location, where the chef Marco Stabile give life to a creative and amusing dishes where tradition and innovation meet, and to a gastronomic philosophy based on the pillars of quality and transparency, embodied in every aspect of the restaurant, from the choice of ingredients to the open-plan kitchen overlooking the street and the hall.

The amazing renaissance Palazzo della Gherardesca, built in 1400, hosts the sixth Michelin star restaurant in Florence, Il Palagio, part of the gastronomic offer of the Four Seasons hotel.
This elegant and classic restaurant guided by Vito Mollica offers to an international public the best of the Italian culinary culture and only the best ingredients in a reinterpretation of the Italian tradition transformed into elaborate and tasty dishes. 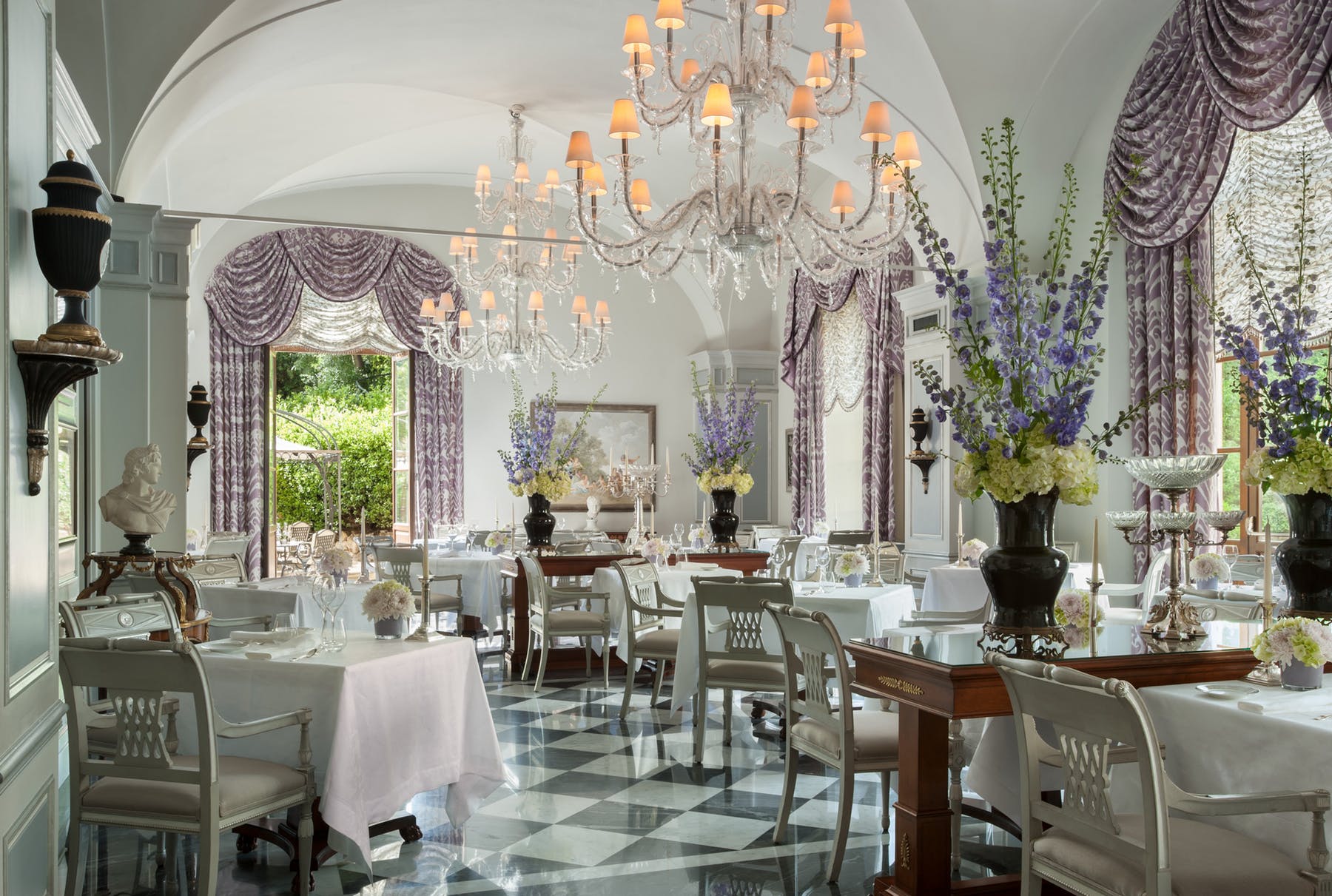 Another Florence Michelin star restaurant held into the wall of a luxury hotel in the city center, the Winter Garden by Caino is located inside the St. Regis, in a sophisticated winter garden composed by spectacular hall with a scenic colonnade and a glass ceiling, from which hangs an impressive hand-blown Murano glass chandelier.
The Executive Chef Gentian Shehi, together with Valeria Piccinini, give life to a gastronomic offer in balance between a state of constant renewal and a strong tie to local traditions.

Are you planning a tour in Florence surroundings? Then take note of the Michelin starred restaurants in Florence province and… Buon Appetito! 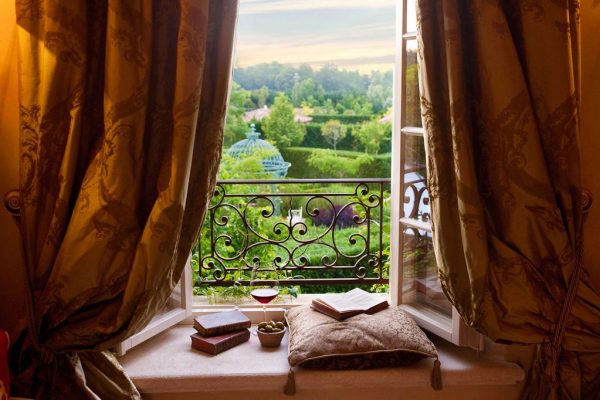 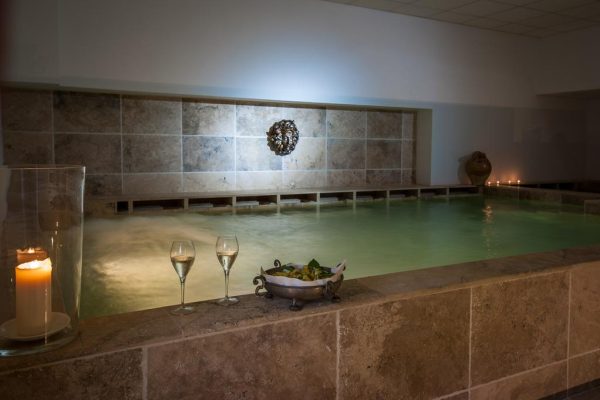 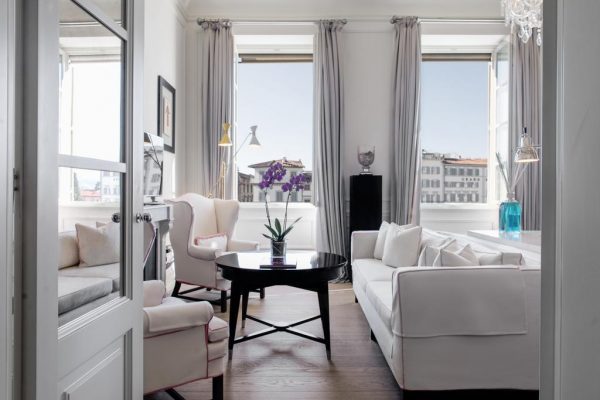 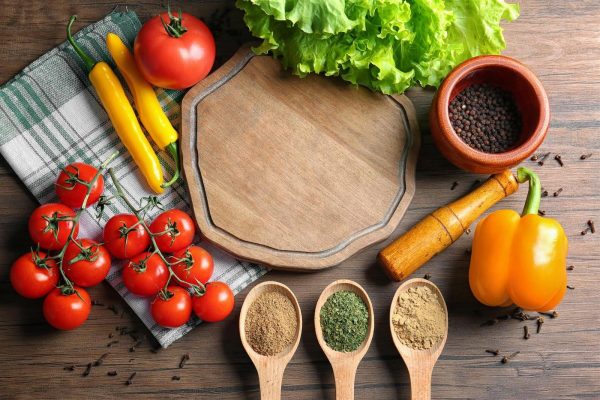 Cooking classes in Tuscany: our selection

How to cook truffles: what is white truffle and how to pair it 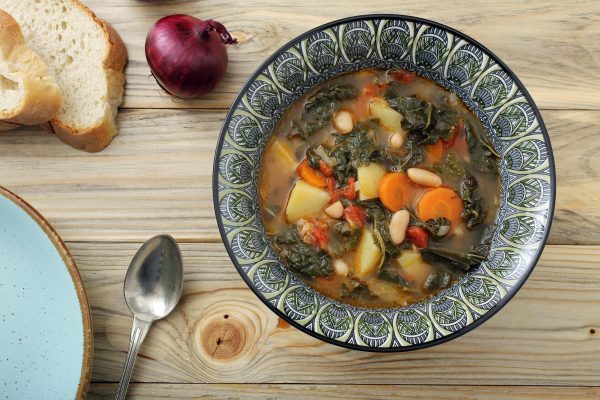 Tuscany for foodies: the ultimate itinerary of the best Tuscan food – part 1